As with anything evolutionary, often game design is a constant series of iterations and variations on ideas that have come before. Tracing a game’s digital and creative DNA is just part of what we do as interested gamers. In the case of Prey, it isn’t difficult to spot the inspirations: BioShock and System Shock 2 are major influences on the tone and mechanics, as is Arkane’s own Dishonored franchise. In the end, though, Prey stands solidly on its own, transcending and in some ways exceeding its many obvious connections to games past and near-present. 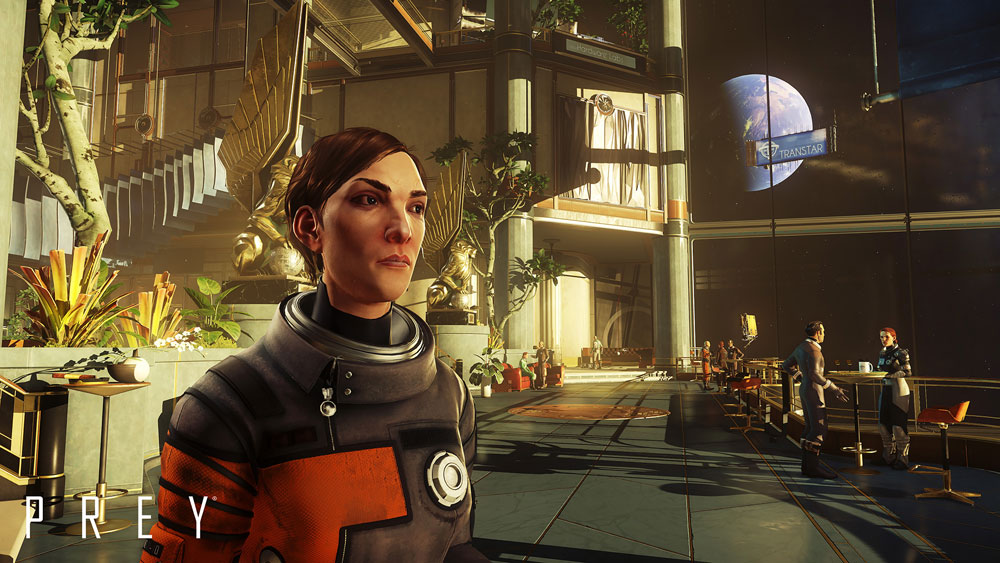 The original Prey had a plot that was at least partially a product of Native American culture and spirituality, with a Cherokee protagonist and many visual references to native mythology. In contrast, 2017’s Prey takes place in and around the space station Talos 1 and the player character is Morgan Yu (male or female) who awakens to find herself in the midst of an alien infiltration with several years of memories vanished. While the Talos 1 itself has a staggering number of hidden passages and alternative routes to discover — and in fact is the main “character” of the game — Prey’s story is relatively straightforward and not terribly original. Morgan must comb through the Talos looking for clues, seeking our survivors, and in the end make a critical decision that will impact her future and that of the alien collective known as the Typhon. 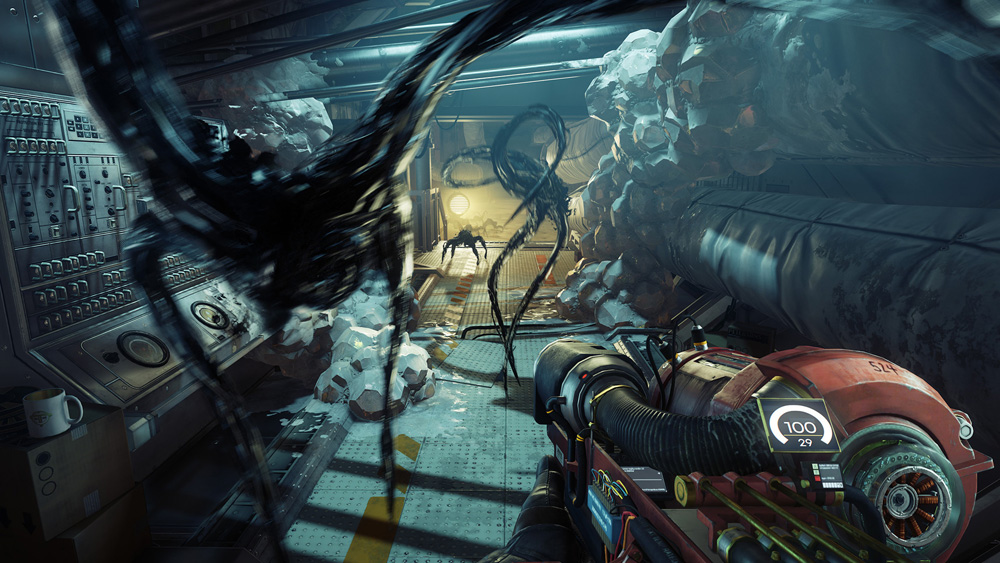 As is usually true of “open world” games, Prey sacrifices a momentum-building, tightly scripted campaign for a more leisurely and self-directed pace in which exploration and ingenuity take center stage over crafted drama. This is not to suggest that moving through the story or exploring the Talos 1 lacks some dramatic tension. There are jump scares aplenty, and a pervasive feeling of dread and danger. While there are relatively few alien enemy types, they are uniformly deadly and ammo is constantly in short supply. Because of this, looking for ways to circumnavigate enemies either through stealth or environmental manipulation is key to survival.

Although both as individual enemies and collectively as a force the alien Typhon are challenging to combat, and there are the usual ulterior motives of the corporation to understand, Prey’s story lacks a really compelling cast of characters. There is certainly no singular “big bad” that shadows the plot and as a result of this, and the game’s design, Prey can feel a little emotionally bland and hard to connect to.

As part of its emergent-gameplay design, players have freedom to move through the Talos 1 and collect information, weapons, and solve environmental puzzles and obstacles in an astounding variety of ways. They can comb through rooms and search bodies to find key cards to open doors or, thanks to the GLOO gun — one of gaming’s most interesting and flexible weapons — players can not only combat enemies but create paths around locked doors and climb into hidden areas. Level design is stellar, but gamers will find themselves backtracking a lot due to a fairly restrictive fast-travel system and the necessity to revisit areas for gameplay and story reasons.

In the course making her way to the heart of the station, Morgan collects weapons, abundant crafting materials and neuralmods that give her enhanced abilities in three basic areas such as stealth or engineering. Because Prey can be played as an action game, a stealth game or some combination of both, players have the freedom to craft their abilities and weapons to bolster their preferred playstyle. This is certainly not unique, but the amount of freedom the player has to shape his or her experience is one of Prey’s strongest elements.

While it doesn’t push the envelope graphically, Prey looks and sounds on par with Arkane’s recent Dishonored 2, with art direction taking precedent over bleeding edge visuals, with much emphasis placed on consistency and detail. There is an art deco meets sci-fi aesthetic that is not miles away from BioShock’s Rapture. Human character models are a bit disappointing, but the alien enemies are effectively unsettling. On the audio side, environmental sounds play a huge part in helping the player navigate the world and prepare for encounters and the musical score is excellent. 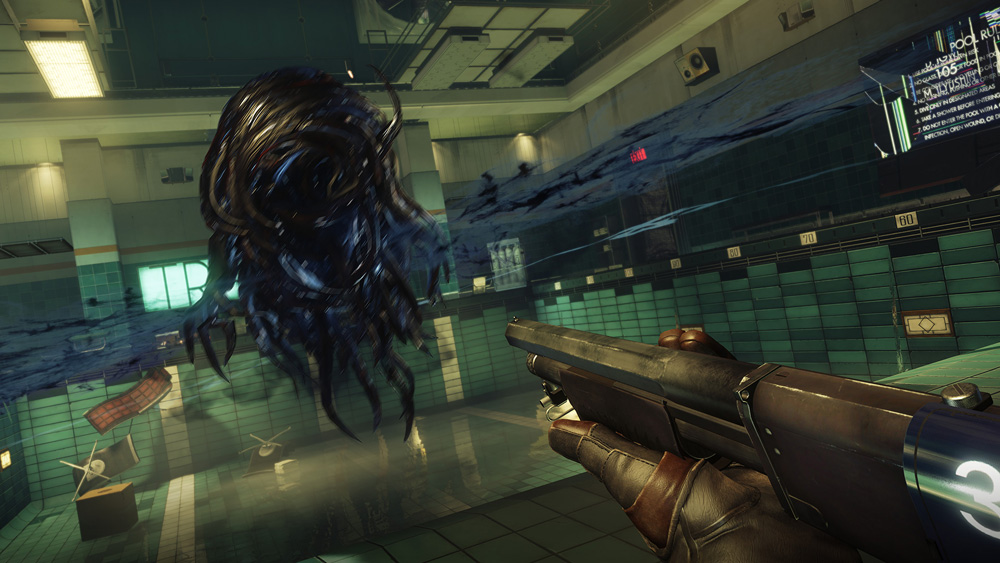 It is difficult to overstate what an achievement Prey’s environmental and gameplay designs represent, nor the elegance and real ingenuity behind the many interlocking systems that the player accesses throughout. Whether you approach it as a horror-action game, a stealth-puzzle game or a run-and-gun shooter, Prey will accommodate you. Although it lacks narrative drive or memorable characters, Prey will engage you for hours as you realize the potential for creativity that the developers baked in to every area and moment in the game.